The Victory No One Knows About 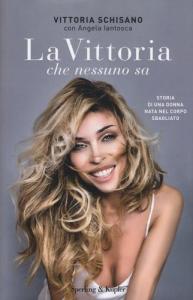 Overview: The story-confession of Vittoria Schisano, famous for being the first transgender woman to appear on the cover of Playboy. The biography starts from childhood memories in the Neapolitan province and acting studies in Rome. Then it describes the tormented path from recognizing her homosexuality, to gender dysphoria, and, finally, gender affirmation surgery which became a TV show and was broadcast live by Barbara D'Urso.