Tarantina and Her “Dolce Vita”. The Autobiographical Tale of a Neapolitan Femminiello 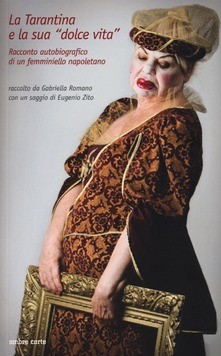 Overview: Protagonist of the Roman Dolce Vita, undisputed queen of the Spanish quarters, she is both loved and courted. The life of Tarantina was all this, and even more. Like many other femminielli of her generation and the next, hers was a tiring existence, made of painful rejections (especially from her family and community of origin), of precariousness and desperation, of jail and broken dreams. Her story is a full and strong portrait of a person living with courage and obstinacy, searching for happiness, without ever denying herself.

This Book is Gay 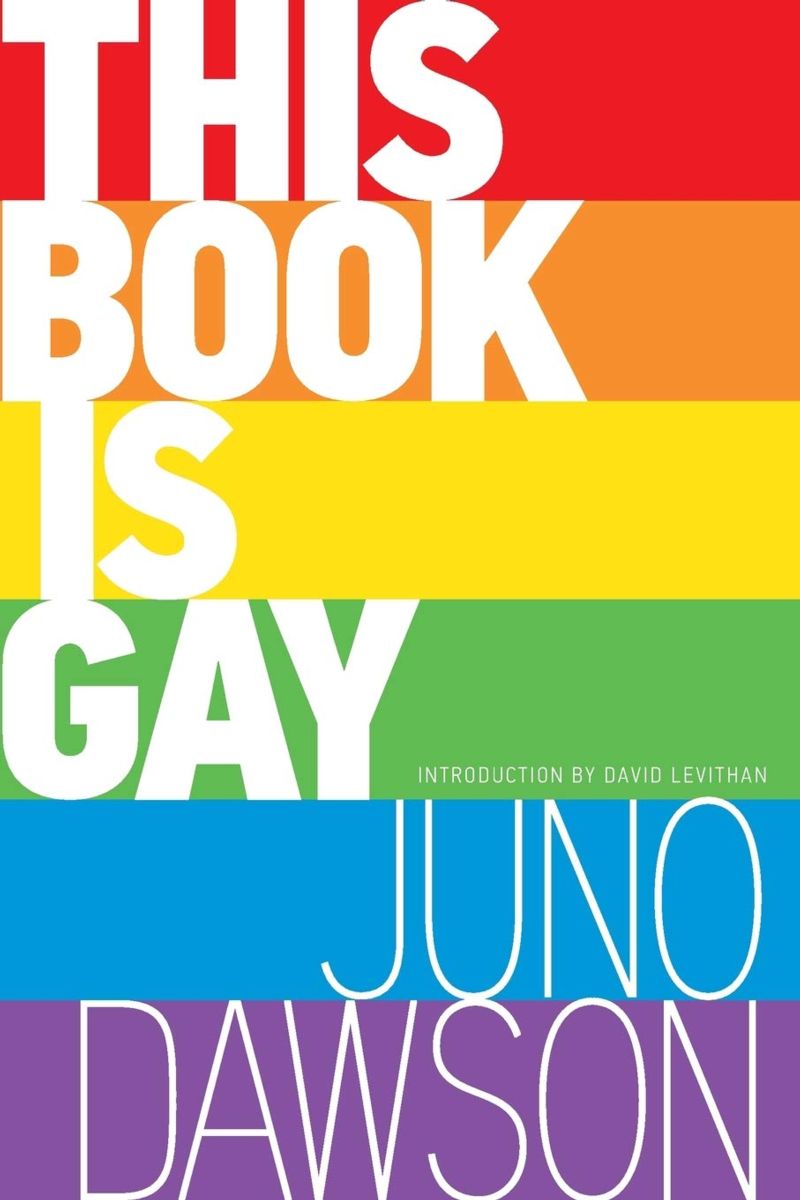 Overview: This is a sort of guidebook for children (but not only) that explains the LGBT+ rainbow community in a simple, direct way. A book for all readers, against stigma and prejudice, ironic and funny, it is enriched by the hilarious cartoons of Spike Gerrell. The concept is clear: no one should be given a wrong label or be made to feel wrong just because they do not fit someone else's idea of “normality”.

Trans Liberation: Beyond Pink or Blue 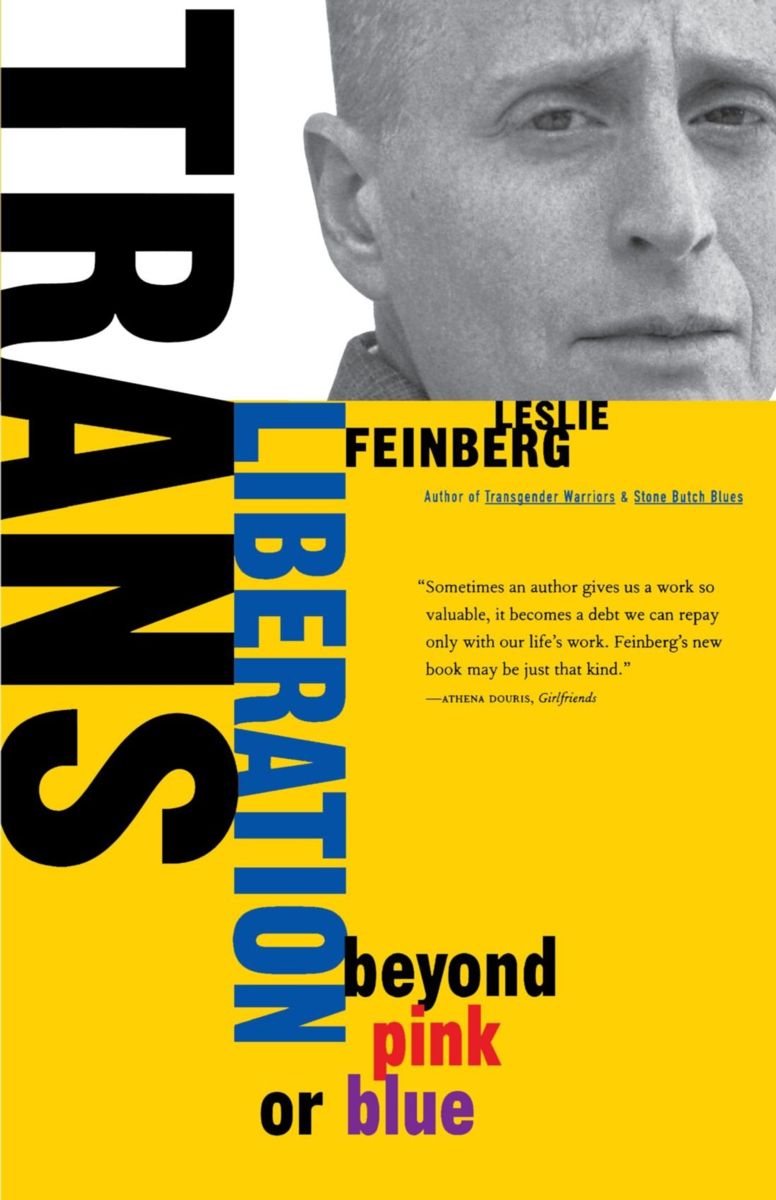 Overview: This anthology brings together an excellent selection (made by the author hirself) of speeches Feinberg made on the subject of trans-liberation and its essential connection to the liberation of all people. It is a passionate and moving book for anyone who cares about civil rights and the creation of a just and equitable society.

Notes: Leslie Feinberg (died 2014), a transgender person, was an American politician, essayist, and activist. The anthology was nominated for the Lambda Literary Award for books on transgenderism. 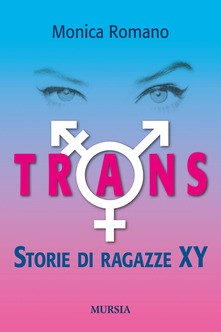 Overview: “Are you male or female?” It was 1986 when Ilenia was first asked this question. At the time, all she knew was that she wanted the freedom to be herself, but she spent her adolescence and early adulthood searching for the right answer. It was a troubled journey for someone who appeared -to society and conformist thinking- to have only one option, prostitution. But, Ilenia did not give up; whilst being bullied, discriminated against and subjected to physical and verbal violence she graduated from university, found work and even love... from a woman. Many XY people face the same battles, suffer the same wounds and strive for the same goals as Ilenia: to live a serene and authentic life; to live in a civil society where there is gender freedom, a society where all transgender people have full citizen rights.

Trans. Beyond the Horizon 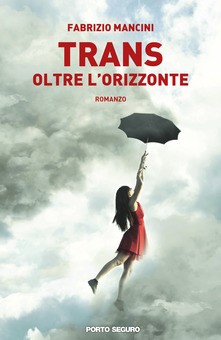 Overview: Roberto is an unemployed 15-year-old who does not know what to do when he grows up. An ordinary person who can't commit to love relationships, lacking courage to face the unknown. But, then who does? Grace is a Colombian girl with a complicated past.  Transitioned, a former prostitute, she runs away from a broken family to look for her little sister sold by their mother in Europe. The two meet, love each other, the past returns: how will Roberto act when faced with what could be the most important relationship of his life? Will he be able to go “beyond the horizon”? The author basically asks this question to each of us. 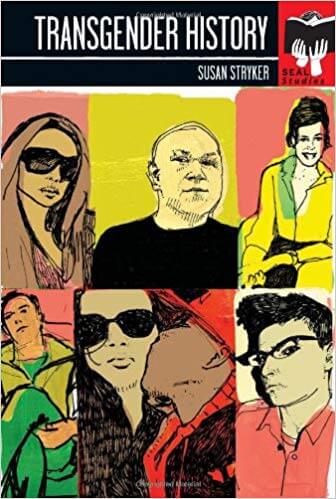 Overview: A historically and socially informed account of major LGBT+ riots: the Compton's Cafeteria riot, the Stonewall riots, the stormy relationships within the gay community, and the advancements in the 21st century. 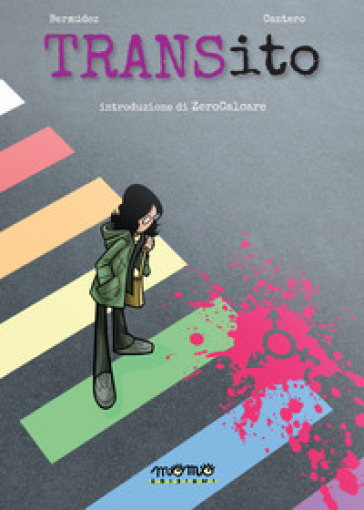 Overview: TRANSito is a fundamental book: it is the story of a transgender person. Merche is an ordinary person, assigned female at birth. After growing up as a girl for many years, comes the decision to take charge of his life and live his identity authentically, becoming Xavier. The doubts, fears, friends, experts, family, everything that revolves around Merche/Xavier is told in a dry, realistic style. 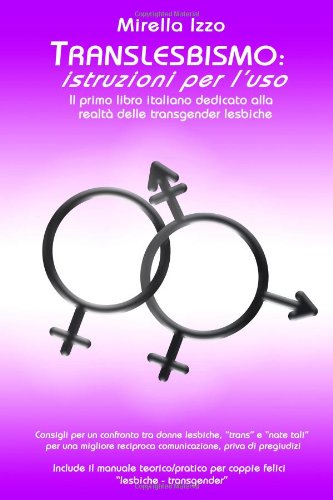 Overview: The title is an explicit summary of the book's goals: “The first Italian book dedicated to the world of transgender lesbians.” “Some advice for a better dialogue, for prejudice-free communication between lesbian women, ‘trans’ and ‘assigned-at-birth’”. The volume contains a “theoretical/practical manual for happy lesbian-transgender couples”. 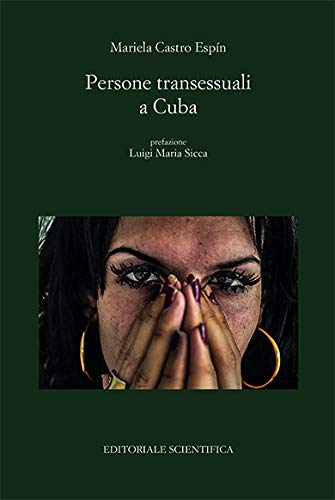 Overview: "Transsexual Persons in Cuba" addresses a crucial belief within the international research network puntOorg, the Gender Identity Culture Foundation, the Federican Center SInAPSi, developed by CENESEX, at the Ministry of Public Health of the Republic of Cuba: “All forms of discrimination have the same origin, but express themselves differently depending on specific sociohistorical contexts.” The book highlights how exploitative economic relations and processes of a cultural nature reproduce and recreate values, perceptions, representations, stigmas, and stereotypes. To the point of making some people inferior to others, and condemning them to exclusion.

The Trial of Rolandina. The True Story of a Transgender Woman Sentenced to Burning at the Stake in 14th Century Venice 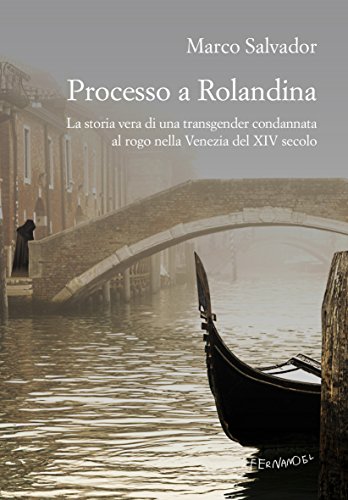 Overview: Rolandina, the protagonist, was a real character, probably the first transgender person documented in the Christian West. The book is set in Venice in the fourteenth century and tells of a young woman who works selling eggs on the streets. However, this is not enough for her to survive, or to fulfill her dream of opening a shop. So, she also works as a prostitute. Despite this, since she is beautiful, kind, and always willing to help her neighbors, she is loved and respected by all until the day she is reported for sodomy due to the suspicion that she is, in fact, a man. This is the beginning of an ordeal that will lead to her death sentence. 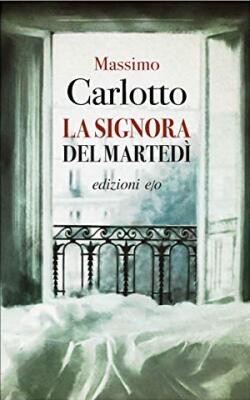 Overview: The novel’s theme is how injustice seems to pile up on certain lives. The novel recounts the lives of three characters. First, there is Bonamente Fanzago, a porn actor who had a stroke. Then, a mysterious, fascinating woman who meets him once a week and pays him for his services as a gigolo. Finally, Mr. Alfredo, owner of the hotel where the two meet, who hides that he is a transgender man. Their desperate lives unfold in the shadows, until an unforeseen event gives rise to a series of effects that make them dig inside themselves and in their past in order to survive.