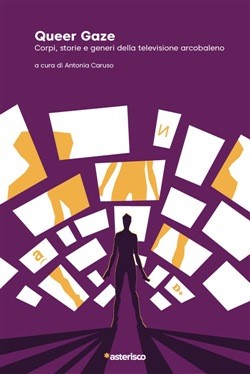 Overview: The last few years seem to be a turning point in the representation of the LGBT+ population in TV series. There are ever more characters, stories, and LGBT+ people involved in writing, directing, producing them. But, what is the queer gaze? Is one LGBT+ character enough to define a series as queer? What kind of stories do queer TV series tell? Through the analysis of single series and themes, the authors of this anthology investigate, with a political and cultural lens, the links between homonormativity and representation of bodies and desires, in the context of capitalist production and television content. The book provides different reading tools to understand the target of TV series, known to the public as rainbow flag series. It starts from well-known film production brands that have been sponsoring for years some of the biggest Pride parades in the Western world.

Overview: Every year, thousands of people around the world are the target of violence because of their sexual orientation or gender identity. Although the mainstream narrative tends to show an increasingly inclusive world, the data tells us that, not only are forms of discrimination increasing, but also hate speech from political and religious leaders is ever more vicious. Bullying, mobbing, physical and psychological violence are scourges that most LGBT people have to deal with.
Queerphobia wants to show this daily hatred through a collection of short stories, poems, theatrical and cinematographic texts, images and essays that analyze the issue of homolesbobitransphobia.