This section contains a selection of movies and TV series about transgender issues. For suggestions or reports, please email info@infotrans.it

The Adventures of Priscilla, Queen of the Desert 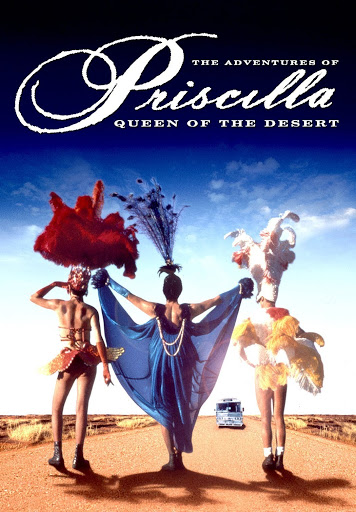 Original title: The Adventures of Priscilla, Queen of the Desert (Australia, 1994)

Plot: Bernadette Bassenger, Mitzi Del Bra and Felicia Jollygoodfellow are the stage names of Ralph, Anthony 'Tick' Belrose and Adam Whitely, a transgender woman and two drag queens who perform in Sydney's most famous gay bars. After the death of Bernadette's partner, they join forces and head to Alice Springs, to perform at Anthony's ex-wife's club, as well as to fulfill Adam's dream of climbing Kings Canyon in Watarrka National Park. To transport their flamboyant costumes, they rent an old pink torpedo that they christen Priscilla; but the trip is delayed when it breaks down in the middle of the desert. They get back on the road thanks to the help of a mechanic who decides to join them. The journey becomes the backdrop to confidences, memories and confessions. Mitzi reveals she has an eight-year-old son, Benjamin, as well as a wife, who happened to give them the job. At the dreaded first meeting with his father, the little boy will show great maturity and no prejudice whatsoever.

Notes: It was presented in the Un Certain Regard section of the 47th Cannes Film Festival. Winner of the 1995 Academy Award for Best Costume Design. Based on the film, is the musical with the same name that has been performed all over the world since 2006. A dress made of credit cards was made for the film, but American Express denied permission to use it. The dress was then worn by the costume designer at the Oscars’ night, when she won the award for best costumes. Originally, the film entailed climbing the sacred Aboriginal mountain (Uluru Ayers Rock), but permission was denied, as the idea of drag queens trampling on a divine place was considered sacrilegious. The opening and closing scenes were filmed on the same day at the Imperial Hotel in Erskineville, a landmark location for Australia's LGBT community. 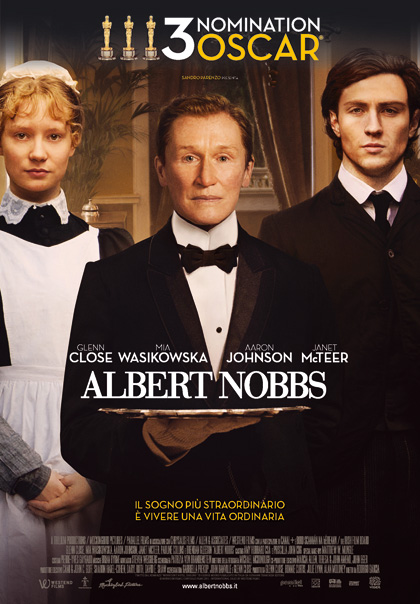 Plot: In 19th century Ireland, a shy and introverted butler (played by Glenn Close) hides a secret: everyone thinks he is a man, but he is actually a woman, the illegitimate daughter of unknown parents. She began disguising herself as a man thirty years before, just to be able to work and survive, but, despite herself, she will become involved in an unusual love triangle, and a prisoner of her fiction.

All About My Mother 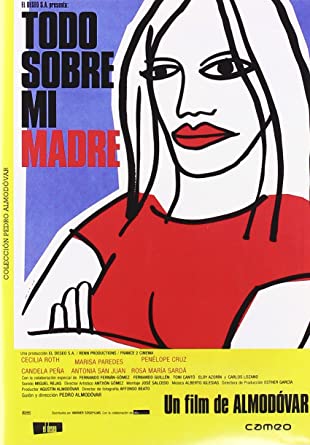 Plot: The film begins in Madrid, with the death of Esteban, the seventeen-year-old son of the protagonist, Manuela. She had always kept the identity of his father hidden from her son, despite the boy's great desire to meet him. To satisfy her son's last wish, even though it’s too late, Manuela goes to Barcelona searching for her former partner, now a transgender woman who calls herself Lola. In Barcelona, Manuela finds a long-time friend, Agrado, also a transgender woman, living as a prostitute. Thereafter, the lives and events of the different characters are inextricably intertwined between present and past.

Notes: The director stated that the film represents “end-of-the-century normality… Normality should not be looked at with tolerance, but with naturalness. Tolerance implies a moral judgment imposed by political or social beliefs. Naturalness, on the other hand, simply reflects normality.”
The film ends with a dedication, “To Bette Davis, Gena Rowlands, Romy Schneider… To all actresses who have played actresses, to all women who act, to all men who act and become women, to all the people who want to be mothers. To my mother.” It was filmed in less than two months. The title is a homage to the 1950 film "All About Eve", and in an early scene, Manuela and her son watch this very film on television. A Streetcar Named Desire is also mentioned several times.
The film won various awards. Among others: Academy Award 2000 as Best Foreign Language Film, Golden Globe 2000 as Best Foreign Language Film, BAFTA 2000 as Best Foreign Language Film and Best Director, Cannes Film Festival 1999: Prix de la mise en scène, Ecumenical Jury Prize, Palme d'Or nomination.